Beating Swanson to the punch 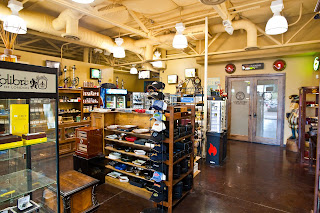 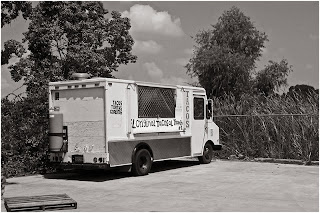 Here's someone starting the American dream. Of course if you listen to the news outlets the dream is long dead but I don't believe it.

So called conservative friends of mine already hate the thought of the next president but they're still better than most liberals. I may be wrong but it seems most liberals actually hate the "man" rather than disagree with his policies.

This just doesn't make sense to me. I disagreed with just about any policy coming from Bill Clinton but still would have him over to the house for a drink and a cigar. I'd supply the cigar though.

Liberals on the other hand wouldn't have "W" within a mile of them. The biggest reason seems to still be the little war in Iraq. They seem to be unable to understand that every American man and woman over there is there because they want to be. All servicemen have either re-enlisted or enlisted while the war was being prosecuted so they all must want to be there.
Posted by Unknown at 12:14 2 comments: 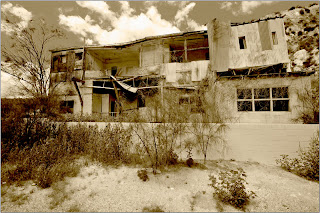 The stock market tanked a bit more today so I guess this is where we are heading according to the fear mongers. They blamed it on Obama not getting in front of the cameras to say what he's about to do to fix it. Now call me old fashioned but why blame him (and I don't like him at all) when he's not the guy in charge yet.
Posted by Unknown at 14:41 4 comments: 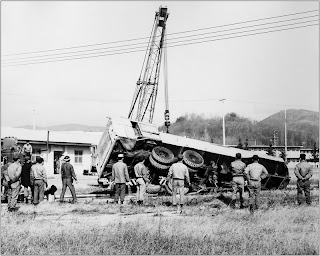 David has been talking about the good old days lately. This is all pre-internet days for most of us. I'm not certain if they were all that good and I know we were not that old. Mostly I remember the nights anyway.

Here's an old shot from back then just scanned from an old print. It's somewhere in 1975-1976 while I was stationed in Korea. Taken with a Yashica Mat 124G and most likely on Tri-X as that's almost all I ever used back then. It was a good camera and lots of fun with many hours spent in the darkroom. Would I go back to this? Not on your life. I'm all digital and will be that way until they invent the hand held hologram camera or something like it.
Posted by Unknown at 12:58 1 comment: 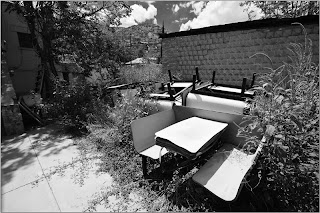 The local diner for "Diners, Drive Ins and Dives for next year. No money left over after the new higher taxes for fixing the place up.
Posted by Unknown at 20:38 No comments: 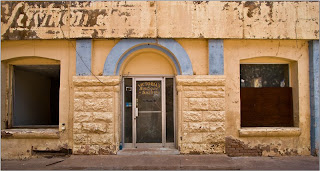 They'll end up looking like this one. If you want less of something just tax it. He forgets these are the people who make jobs for most of us poor folk.
Posted by Unknown at 16:46 2 comments: 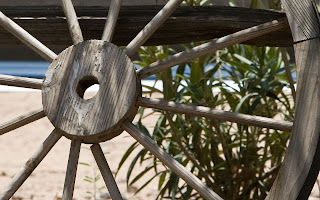 I'd better get this thing fixed. In a bit wagons will be the only way to get around. At least I have until January to stock up on the K Y Jelly.
Posted by Unknown at 23:10 1 comment: 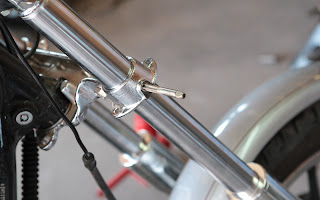 Today is the day we stand a good chance of becoming a socialist nation. I'm about to head out to the polls and vote for McCain even if he is a screaming liberal.
Posted by Unknown at 10:02 1 comment:

Not much going on. 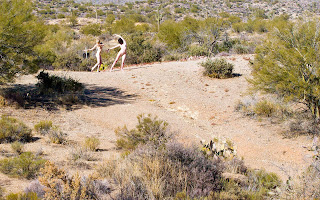 Bored as hell. Maybe I'll take up shooting nudes in desert settings. Election stuff is boring. No one but liberals running. No excitement and no one with balls. I think Obama will win it. That's pretty sad but we survived JC for four years and that gave us RR. I can hope for history to repeat itself as it normally does.
Posted by Unknown at 19:43 2 comments: