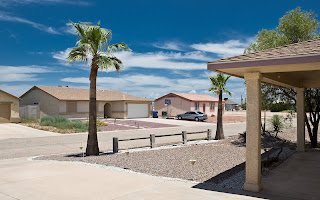 It sure is rough having to live in the desert this time of year. It's right around 75 degrees with some clouds floating around. Nice gentle breeze. I just came in from having a cigar and was perfectly comfortable in shorts and a t-shirt.

I have a new neighbor behind me now. We just turned it into a truck driver neighborhood. He drives and so does his son-in-law. The last person in that house just let it go back to the bank and the new one got it for a song. He paid roughly a third of what the bank had in it. Good time to buy houses here if you can sit on them for a couple of years.
Posted by Unknown at 15:05 2 comments: 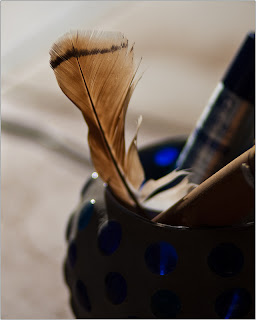 Another nameless blogger seemed all excited about two things this morning. Rush Limbaugh and Fox News. It seems this fellow is a liberal and we all know they run their politics on what "feels good". Emotions rather than logic dictate how they vote and what they think is the "correct" stand on any political point.

From what I could find on the net, Limbaugh made some comment about wanting BO to fail. I too want a lot of his policies to fail. I don't want this country to slide down into socialism like Europe has done.

We have the largest economy in the world and it didn't get that way by having it run by the government. It got that way by government staying out of the way.

Now I've heard BO say he wants to tax the rich. Aren't these the people who grow the economy? Don't they make the jobs we working people need? Taxing something is a good way to have less of it. Want less wine just tax the people who make it. Tax all the little vices in life and get rid of them. If you did that I suspect the suicide rate would go up with the side benefit of controlling population growth.

I don't really want our economy, health care or whatever run by the same people who run the post office. It took five days by pony express to get from Missouri to California. Now it takes a week to get across town.

As for Fox News, they've gone so far liberal I quit watching them.
Posted by Unknown at 09:51 10 comments:

Change for better or worse 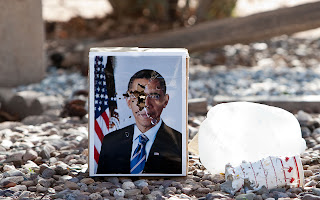 Time to take down my target. I'll steal a line from Glen Beck and say he's my president (or will be shortly) and I'll support him when I can and oppose him when I must.

I managed to survive the Carter years so I guess I'll survive these too.
Posted by Unknown at 09:21 1 comment: 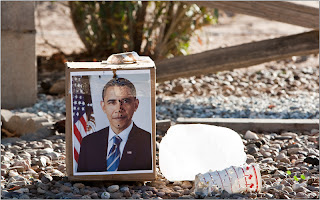 I hope it never becomes true but it is a fun target. I don't have darts but a pellet gun seems to work just fine.
Posted by Unknown at 01:42 5 comments:

Some people need a plexiglass window in their stomach. 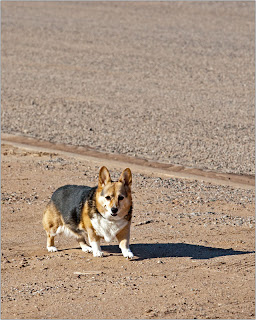 I hear bad things about the deficit spending going on with our government and more to come. The average cost of the new President's jobs is going to be over $300K per. Just give me the money and I'll take care of myself.

It's not the governments job to bail out me or anyone else. They will raise taxes on all kinds of businesses even though a business doesn't pay taxes. They just pass the cost on to us. Want less of something just tax it. Just what makes sense of raising taxes on GM and then give them money? People who think that was a good idea need a cranial/rectal inversion.
Posted by Unknown at 17:36 2 comments: